VIRGIN TERRITORY premiered at The Place in November 2016, and took an uncompromising look at what it is like for young people to live in an over-stimulating, over-sexualised, digitally captured world. Four adults and four children negotiated some uncomfortable truths about the culture we live in, where bodies are exposed, identities are faked  and our deepest truths remain hidden. Heartbreaking in its honesty and brave in its intent, VIRGIN TERRITORY was  a hopeful, rallying cry to just let our kids be kids.

VIRGIN TERRITORY on stage was commissioned by The Place. and premiered in the UK November 2016. VIRGIN TERRITORY’s European Premiere took place at Rencontres Chorégraphiques Internationales de Seine-Saint-Denis, Paris, in May 2017.

VIRGIN TERRITORY was subsequently turned into a multi-screen film installation touring the UK and beyond, and saw VDT and performer Antonia Grove nominated for National Dance Awards. 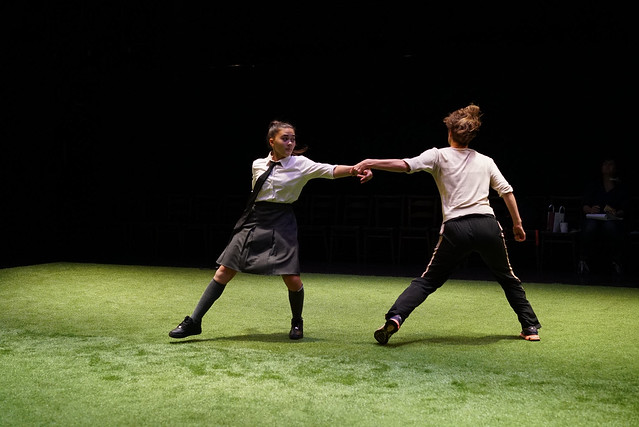 We're revisiting VDT work ART OF ATTACHMENT for an